Exciting upcoming events are coming here to Abundant Life United Pentecostal Church, and you are invited to attend, if you are not able to physically attend then join in with our live streaming service

First we have Bro. Brandon and Sis. Mollie Borders Missionaries to New Zealand, Bro. & Sis Borders will be in service on Sunday Morning  April 3rd at 10 AM

And Bro. Freddie and Sis. Kay Combs evangelist, singer, songwriter and musician will be in service on Saturday Eve. at 6 PM April 30th and Sunday Morning at 10 AM May 1st 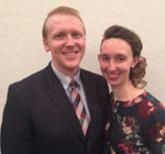 Brandon and Mollie Borders served as Sunday School Director in Norman, OK, where he also served as District Sunday School Promotions Director. They spent seven months on the Associates In Missions program in New Zealand where they were involved in Sunday school, youth ministry, Bible studies, and preaching. They received their missionary appointment to New Zealand in 2015. 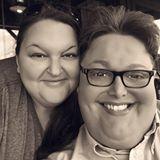 Freddie Combs and his wife Kay, live in eastern Tennessee. Freddie is an evangelist, singer, songwriter and musician. He and his wife travel spreading the Gospel of the Lord Jesus Christ. They have been married for 17 years. Freddie has been involved in ministry since the age of sixteen. He began picking out the melody to church hymns on a toy piano when he was two years old. Freddie was raised at the foot of the Blue Ridge Mountains in North Carolina. Freddie’s life has always been filled with music. After receiving classical training as an operatic tenor, he received his Bachelor of Music in Vocal Performance in 1993 from Mars Hill University in Mars Hill, NC. He began in full time ministry in 1993. While serving as a youth pastor in Florida, he met his wife, Kay. He has battled obesity since he was a young boy. After fighting and battling obesity and almost losing his life several times, on June 4, 2009, he almost died. From his highest weight of 920 pounds, he has lost 475 pounds and is continuing his weight loss journey and ministry with his wife Kay faithfully by his side. His amazing story has been seen on national and international television. He appeared on the “X Factor” on FOX in the fall of 2012 (Season 2) where his stirring performance of “Wind Beneath My Wings” astonished the judges. Freddie’s desire is to give hope to those who face difficult and unforgiving circumstances. With the Lord Jesus Christ as the head of his life, his testimony, life and music have been an inspiration to many.

These are going to be two exciting service coming up, we want to extend an open invitation for all to attend, however if you are not able, remember that you can watch these services @ http://sundaystreams.com/go/abundantlifeupcwinfield you can watch live or from the video archive at your convenience, have a Blessed day in Jesus!

This entry was posted in Uncategorized. Bookmark the permalink.